Before I go getting all academic, last week was celebrity vegan week at Plant.  On Tuesday, Carol Adams dropped by for a three hour dinner, and, a week later, I'm still walking around going, "I got to eat dinner with Carol Adams."  She blogged about it here. 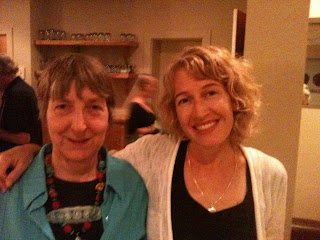 Then on Wednesday, on their way to the DNC, Elizabeth and Dennis Kucinich dropped by for lunch. 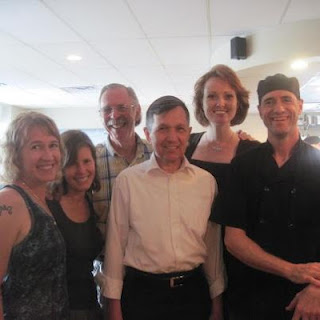 I look like crap in this photo, but I attribute that to the fact that I am standing near Elizabeth Kucinich, who is a goddess.  Also pictured: Leslie, Alan, and Jason.

OK, so now to business:

According to historian Joan Jacobs Brumberg’s Fasting Girls: The History of Anorexia Nervosa, “historical, anthropological, and psychological studies suggest that women use appetite as a form of expression more often than men, a tendency confirmed by scholars as well as clinicians” (5), and her work traces the prevalence of so-called disordered eating in women from the phenomenon of anorexia mirabilis that took place in medieval Europe between 1200 and 1500 and during which “many women refused their food and prolonged fasting was considered a female miracle” (Fasting 43) to our present day understanding of the concept of anorexia nervosa as pathologically disordered. What is divinely inspired at one point is disordered at another, and what is obvious, both in Brumberg’s study and elsewhere, is that the concept of ascetic eating – even to the point of starvation – particularly among young women, has a long and complicated history. 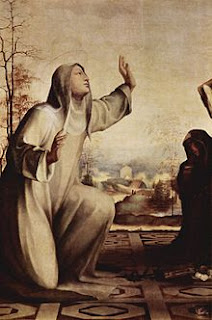 For Kim Chernin, eating disorders serve as dysfunctional rites of passage for women in a society that does not allow for legitimate and transformative female rites of passage.  As such, the eating disorder is in some sense a misguided feminist attempt to form and then assert a fully realized female subjectivity into a space that does not adequately offer women roles that are distinct from, or not determined by, patriarchy.  Traditionally, rites of passage allow for the uninitiated participant to separate from and then reintegrate with his or her community.  Eating disorders, however, do not allow for reconnection with a clearly defined community that would then lead to the next stage of development, in large part because within Western culture, there are no female communities that are not inherently linked to and dependent upon male culture; women’s culture is, in effect, men’s culture.

As a result, the “disordered” individual is stuck in time; according to Chernin, “much of the obsessive quality of an eating disorder arises precisely from the fact that food is being asked to serve a transformative function that it cannot carry by itself” (167).  Despite the fact that anorexia nervosa had been “known to physicians as early as the 1870s,” the American press did not start writing about anorexia until the 1980s (Brumberg 11).  And since the 1980s, an increasing body of research has explored the links between vegetarian and vegan diets and disordered eating, noting the possible connections that exist between women’s refusal to eat meat and anorexia nervosa.

In their 1986 study, Rao Kadambari, Simon Gowers, and Arthur Crisp conclude the following:

It can be said that vegetarianism within anorexia nervosa is probably associated with overall dietary restraint within the illness, with mothers who are themselves concerned about their weight, and with a family background wherein there is avoidance of contact with the feared outside world.  These findings invite testable hypotheses within new prospective studies. (544)

Since this study, others have followed.  In their 2000 study “Vegetarianism and Eating Disorders: Partners in Crime?,” Victoria Sullivan and Sadhana Damani assert that their own vegetarianism “never stopped [them from] eating” (265), and that, as vegetarians, they feel protective of that identity and “would like to be able to state categorically that there is no association between vegetarianism and eating disorders” (265).  But even as their study points to some contradictory findings with regard to the connection between eating disorders and a vegetarian diet, they ultimately note that “although the evidence on the whole is limited and contradictory, it does seem that there is at least a passing association between vegetarianism and dietary restraint, and possibly eating disorders” (265).
And more recent studies seem to corroborate and expound upon the connections between vegetarianism and anorexia, particularly within adolescent anorectics.  In his 2011 study Some we Love, Some we Hate, Some we Eat: Why it’s so Hard to Think Straight about Animals, Hal Herzog quotes a former vegetarian anorectic named “Staci” who notes that as a teenager, “being a vegetarian was a way for me to have more control over my body by taking the fat out of my diet,” and she notes as well that vegetarianism appealed to her because of its “righteousness:” “at that age, you want to have something that is strong and clear and righteous” (197). 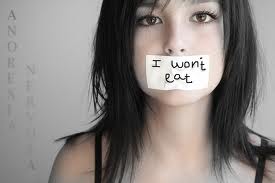 In all honesty, I find it completely unsurprising that vegetarianism and adolescent female anorexia are in some instances linked, even for reasons other than the fact that adolescent girls may very well lie about being vegetarian in order to abstain from eating.  But speaking of lying about behavior, adolescents lie all the time in order to hide subversive, counter-cultural, and dangerous behaviors from adults; anorexic teenagers are only one such example.

Consider another.  First, if a person lies about being vegetarian – for whatever reason, whether to mask an eating disorder or to impress one’s girlfriend who is a vegetarian – but eats meat (is a carnivore) or does not eat anything at all (is an anorectic), one is not really a vegetarian; one is lying. End of story.  If someone lies about going to church as a cover for going to buy drugs, that lie could ostensibly happen for the same reasons: to mask an addiction (which anorexia is as well) or to impress one’s church-going girlfriend, but there do not appear to be any studies linking going to church to drug use (when the drug user is not, in fact, really going to church), while there are studies that continually link vegetarianism to eating disorders, even when the anorectic is not a vegetarian. 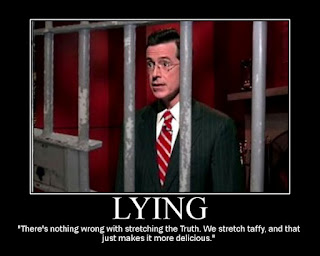 I believe that these studies continue to proliferate because vegetarianism is represented within them via the same rhetoric of pathology that is used to describe anorexia and because female vegetarianism constitutes a choice that offers both a challenge to patriarchy and to a dietary norm dependent upon that patriarchy.  And, finally, because for young women, both anorexia and vegetarianism may be indicative, as Brumberg asserts about anorexia, of mentalities in transition” (Fasting 99); both are unrealized identity formations called upon to allow adolescent women to participate in rites of passage into a full adult female community that simply does not exist.

In all of this research, I have been able to find a singular study that challenges the abundance of others out there linking vegetarianism to anorexia.  B. Fisak’s 2006 “Challenging Previous Conceptions of Vegetarianism and Eating Disorders” does something that the other studies do not do: it examines the motives for vegetarianism and discovers, unsurprisingly, that vegetarians “tend to avoid animal products for ethical and health reasons rather than as an excuse or cover for dietary restraint” (199). The authors conclude that prior studies have argued that vegetarianism “may be an attempt to mask disordered eating” while their “study expanded upon prior research by making a variety of comparisons with psychometrically sound measures of eating disorders” to discover that “in contrast to previous findings, Vs and NVs [non-vegetarians] did not differ significantly on any eating disturbance measures” (198).

To return to the concept of the ineffective rite of passage as it relates to both anorexia and vegetarianism, I want to posit an assertion that works to further differentiate vegetarianism from veganism, as I feel that one is not simply the more “severe” form of the other, even as, in these studies, if veganism factors in at all, it is as a "severe" form of vegetarianism (as per Rao et al).  By the way, this is a hypothesis, so don't kill me for making it. 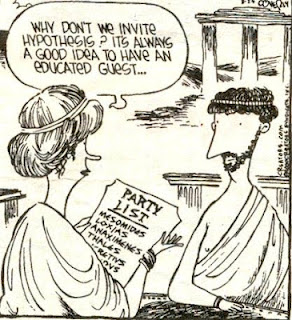 Terrible comic relief.  But you've got to be sick of reading by now.

For some young women caught shuttling between vegetarianism and anorexia, caught in a space that seems to support the perpetual linkage between the two, veganism may very well function as the culmination of a successful, feminist rite of passage, an identity category that allows food to serve the transformative function that anorexia unsuccessfully asks it to serve.  Because veganism may very well be less about dietary restriction and more about an anti-speciesist ethic, a shift from vegetarianism to veganism might allow for productive growth -- at least for some women.

I know that in my case, at least, that was the scenario.  My vegetarianism was very much tied up with the eating disorder that fully manifested itself by the time I was 19, but I think that for women who find themselves in such circumstances, the connections between these two things – vegetarianism and eating disorders – are much more complicated than simply one serving as an excuse for the other. Without going into great detail about what solidified my decision to become vegetarian, not eating meat made sense to me, and I was not eating meat for ethical reasons; I have never doubted that reality, and I was not lying about the ethical commitment that made me decide to become vegetarian, even as my eating disorder thrived in tandem with my vegetarianism.  One was not a mask for the other, nor was one responsible for the other.

At the time that I became vegetarian, I had not really cared about what was good for me; I just knew that I did not want to eat animals.  Years later, when I became vegan, I made a conscious choice to eat more fully and to eat better, to consume things that would make me healthy and strong, to eat food that was fresh, whole, and not processed.  The goal was as much one of self-empowerment as animal liberation – and because the connections between those two things were now clear to me, I was able to be empowered by this choice.  Becoming vegan, in its most feminist manifestation, meant doing something actively in response to a cultural stasis that dictated dietary behavior with which I simply did not agree.  I just had to figure out why I did not agree with it.  This time around, I was reacting in ways that felt fully conscious, and that consciousness has allowed me to eat – and live – more and better than I ever did before.

Including animal rights in the discussion about why women choose to become vegetarian or vegan certainly will not alleviate the negative discourse about veganism that pervades both the mainstream media and scientific studies of the links between non-normative diet and eating disorders, but it would certainly allow for more honest analysis, and it might empower instead of pathologize such a choice as having less to do with restricting female diet and more to do with making productive connections between health, feminism, and animal welfare.

If you have a narrative about veganism and eating disorders that runs counter to the various studies that continue to perpetuate linkages between vegetarian and vegan diets and anorexia, I would like to hear it – and with your permission, possibly use it in my own study.  Please send me your stories in 1000 words or less at lwright@email.wcu.edu or post them below.  And thanks in advance. 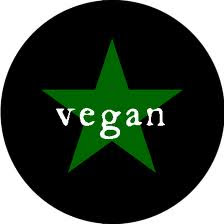 LW
I'm a vegan, English professor, runner. I sometimes pretend to be a painter. I own an iphone named Fred. And I tweet on occasion: https://twitter.com/pocoecofem